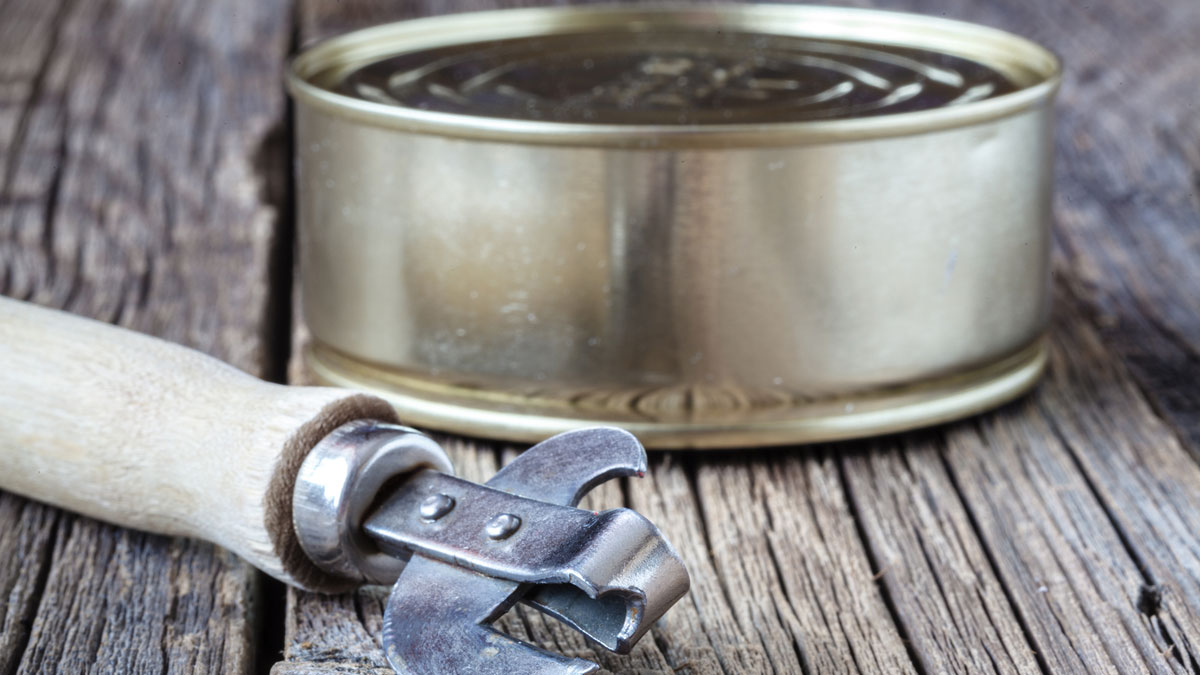 All languages develop and change with time. They create new words or accept words from other languages and modify them based on their own standards. Many different forces alter languages, so that the present-day language of a particular community is very different from that language in the same community 300 years ago. Thus, language is like a living organism breathing the surrounding air.

Languages “in the can”

These are languages which have survived in almost unchanged forms throughout the centuries, as if they’ve been enclosed in a “can,” such as Afrikaans, the old German spoken by Amish and Mennonite communities across North America, or the less-known example of Slovak communities in today’s Serbia.

Characteristics of a “canned language”

Once the community of people leaves their mother country, their language is put “in the can,” then closed and sealed. This happens if the community moves to an environment with a majority population speaking another language. Many people give up, simply start speaking the language of the majority, and assimilate. Some, however, stay dipped in their mother language for various reasons – as a defence mechanism, from pride, through an inability to learn the new language (perhaps due to advanced age), or sometimes from a lack of motivation, if they live and work exclusively among the people of their own community.

Thus, the language survives among those people who do not assimilate. Because they continue speaking it the way it was spoken when they left their original country, it becomes frozen in time. It preserves the original grammar and, for the most part, the vocabulary. While the original language in their home country keeps developing, the community’s language lives “in the can,” and stops accepting foreign words in self-defence.

People who stop speaking their mother tongue and accept another language sometimes say “my mother tongue is ugly,” because of an unconscious wish not to be considered uneducated. It is an interesting phenomenon, and one worthy of study.

Languages of the past

The more time passes, the more the “canned” language distances itself from the modern version of the same language spoken in the original country. When two or three hundred years pass, people from the original country feel that the language of the transplanted community sounds old and archaic. For them, it’s like watching a historic movie. So the old German dialect spoken by the Amish and Mennonites is barely understood in today’s Germany; Afrikaans in South Africa sounds like seventeenth-century Dutch; and the Slovak spoken by some communities in Serbia feels like Shakespearean English to English speakers in Canada, the USA or the UK.

Life after life – no added preservatives

It’s a different scenario if the language of the transplanted community is also the language of the majority in the country where they settle, as with American or Canadian English or Quebec French. Because these languages are not drowned in the sea of another language, they start their own life and move in their own direction. It is their “life after life.” They may preserve some of the archaic elements, but in general they move forward, accepting new words and altering their grammar.

Because the pressures on such languages are different from pressures in the original countries, they go in different directions. For example, French in France is influenced by German and English (as well as other languages), while Quebec French does not experience any German influence. As a result, both French versions will distance themselves more and more.

There are always efforts to maintain some standard; however, the language lives. Its evolution depends on people and how they choose to speak it, no matter what the standard is. Maybe in another three hundred years, English speakers from the USA, Canada and Australia will barely understand each other. With today’s technology, and especially the Internet, languages can absorb the language fashion spoken in other country, or can be inspired by it—but even this is not enough to ensure that the languages will not distance themselves from one another over time.

Canada is a big laboratory, in terms of studying the minority languages and how they change, preserve themselves or deteriorate with time. The more a particular language lives in isolation from its original culture, the more it becomes a fossil. For example, one Vietnamese community who moved to Canada decades ago was not in contact with its mother country for a few decades, due to the Communist regime there. It preserved itself in the format spoken decades ago in Vietnam. These days it is changing, after reconnecting with the modern Vietnamese brought to Canada by a new generation from Vietnam, but it will never be enough to make both Vietnamese versions identical. The same phenomenon applies to other minority languages in Canada.

With today’s technology, languages are getting closer one to another and it is clear that English is winning, in terms of global dominance. New, powerful inventions from Silicon Valley and their parents (Google, Facebook, and Apple) are helping English gain more power in the world than ever before. The pressure for new terminology in other countries, with a powerful base of consumers of these technological inventions, is so strong and constant that other cultures and countries have simply given up and begun accepting English words in daily communications.

Are we moving forward toward one single global language? Or will languages continue to distance themselves despite advanced technology? Are canned languages an archaic phenomenon, exactly like their archaic expressions? Only time will tell, but it is quite certain that it will be interesting to watch. It’s too bad that our lives are not long enough to experience the results on our own.